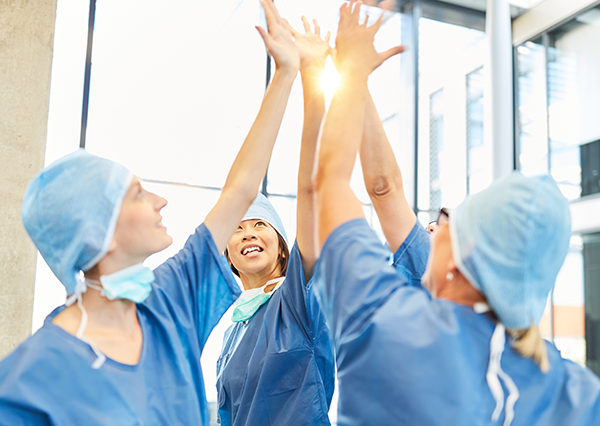 Enhancing provider autonomy, competence, and relatedness can improve intrinsic motivation and potentially reduce clinician burnout, according to a perspective piece published in The New England Journal of Medicine.

COVID-19 has shined a spotlight on clinician burnout and its massive impact on healthcare professionals in an unprecedented manner.

“Initially, the prevailing attitude was that burnout is a physician problem and that those who can’t adapt to the new environment need to get with the program or leave,” wrote article authors Pamela Hartzband, MD, and Jerome Groopman, MD. “Some dismissed the problem as a generation of ‘dinosaur’ doctors whining and pining for an inefficient, low-tech past. But recently, it has become clear that millennials, residents, and even medical students are showing signs of burnout.

Hartzband and Groopman examined a study written by Gagné M and Deci EL, that was published in JAMA Internal Medicine.

Gagné and Deci studied motivation in the workplace and its association with physician burnout, focusing specifically on intrinsic and extrinsic motivation.

Hartzband and Groopman noted that most clinicians enter the field to care for the ill and view their work as a calling.

“These traits and goals lead to considerable intrinsic motivation,” they explained. “In a misguided attempt to improve the medical system, health care reformers put into place various positive and negative extrinsic motivators, without realizing that they would actually erode and destroy intrinsic motivation, eventually leading to ‘amotivation’ — in other words, burnout.”

So far, monetary incentives have not aided clinician burnout. In fact, a recent survey that was noted in the paper said that half the doctors would give up at least $20,000 in order to reduce their work hours.

Hartzband and Groopman said these three pillars have been stripped away and negatively impacted by the evolution of EHRs and the reconstruction of the healthcare system.

According to Gagné and Deci, autonomy deals with using one’s will and having the experience of a choice.

“Physicians now endure a profound lack of control over their time and even language,” Hartzband and Groopman explained. “The amount of time we spend with a patient, what is discussed (even to the point of uniform scripts), and how a visit is documented are all frequently mandated. We are further controlled by surveillance in the form of time and motion studies and timing of our use of the EHR.”

In the past, competence could be judged by having medical knowledge and judgment about how to work with a patient. With an EHR system now in place, the recent definition of competence has evolved.

“Under recent health care reforms, it has been redefined as compliance with various metrics, many of which are not evidence-based,” Hartzband and Groopman continued. “Competence has also become a matter of checking off boxes in the EHR and satisfying insurers’ demands by quickly placing a note in the record for billing purposes, even if it’s incomplete or erroneous. In defense, many doctors now add a disclaimer that the note has not been proofread and to ‘disregard any errors.’”

Finally, relatedness is the feeling of belonging and a connection to the organization or a team. The constant stresses and burden that clinicians feel, cause a disruption to relatedness.

“Doctors want to give patients the time and support they need, and they want the system to value and recognize their efforts to provide this kind of care,” the two explained. “While much lip service is given to ‘patient-centered care,’ many doctors feel that the system is increasingly driven by money and metrics, with rewards for professionals who embrace these priorities.”

After years of working through burden without expressing how they feel, clinical leaders are studying clinician burnout and increasing awareness about the issue.

“Burnout is toxic for patients as well as physicians, because it’s associated with loss of empathy, impaired job performance, and increases in medical mistakes,” the writers continued. “Family and friendships also suffer as the EHR’s demands invade doctors’ homes and consume the time once enjoyed in vital relationships, worsening emotional exhaustion.”

Hartzband and Groopman explained that the problem of burnout cannot be solved without first addressing those three pillars.

“Evidence from the meta-analysis of controlled interventions supports the restoration of autonomy; giving doctors flexibility in their schedule to allow for individual styles of practice and patient interaction was one of the few system solutions that reduced burnout,” they wrote. “Flexibility in scheduling recognizes that both patients and doctors are individuals, and some interactions simply take longer than others.”

“The EHR, initially lauded for its potential as a repository of patient information, has become a tyrannical, time-consuming billing tool; it must be reconfigured to work for physicians rather than forcing physicians to work for it,” they continued.

The writers explained that medical leaders can restore happiness and address burnout in the workplace by exemplifying the three pillars of intrinsic motivation, which would then allow for, “purging the system of meaningless metrics while maintaining a core of evidence-based measures, allowing for clinical judgement, and honoring individual patient preferences.”

“Relatedness should be authentic, aligning the system’s values with those of physicians, nurses, and other health care professionals who chose their careers out of altruism,” they explained.

Although clinicians have been applauded for their efforts during COVID-19, the health experts pondered if that same sentiment and thoughtfulness will continue post-coronavirus.

“Indeed, the whole medical system, including hospital administrators and insurers, among others, has rallied to support the caregivers,” the writers concluded. “But will these positive changes be sustained? Tectonic shifts are at work as hospitals and clinics suffer grave financial losses and the workforce is diminished by illness and exhaustion.”

“As the current crisis ultimately abates, we need to remember the lesson that the system can be reset. It is time to evaluate what has worked and what hasn’t in health care reform. We must not return to the former status quo.”