Addressing cashflow challenges in medical groups during and beyond COVID-19 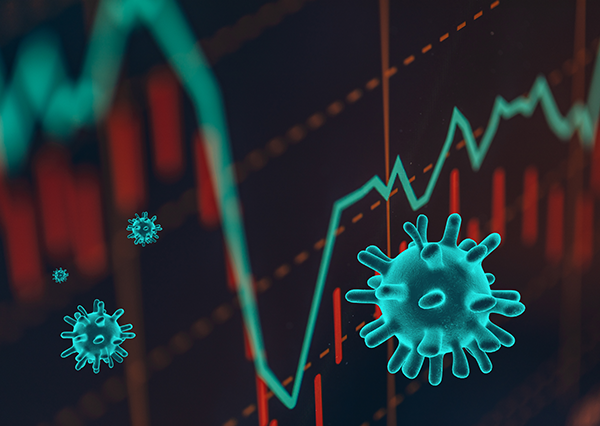 Most medical groups took significant hits to their finances in the first months of the COVID-19 pandemic, but the extent of them — and the ways in which practice leaders responded — vary greatly.

For James, being on the Atlantic coast meant that the Wilmington team prepares regularly for operating from a decentralized standpoint and having a crisis plan in place, on account of needing to be ready in the event of hurricanes.

That readiness was especially useful when it came time for a rapid expansion of telemedicine. James said the group went from “zero telehealth to 100% of our providers using” it in three days. During the rapid implementation, the group leadership was able to brand the new telehealth offering and build an impromptu marketing strategy for patients.

“We were reluctant before” on adopting telehealth, James said, but now “there’s no going back,” adding that he is mindful of how commercial payers will embrace virtual care after the emergency.

Now weeks after that pivot, James says the group is back up to about 70% of normal overall production, though visit volume in some specialties remains low. James credits the ability of the Wilmington team to swiftly respond for the positive outcomes seen so far.

“We did not let perfection get in the way of good,” James noted, adding that going into “storm mode” meant getting back to daily staff meetings and operational meetings (via video calls) and weekly physician meetings, which he noted have been well-attended.

Despite those positives, James noted this was not without several furloughs in the group and an across-the-board cut on hours. No physicians were furloughed, though some advanced practice clinicians (APCs) were. James noted that physicians and administrative staff took a decrease in income as the group works to shore up its long-term financial picture, which involved developing a new forecast accounting for short-term cashflow, bridge loans and long-term financing available to the group.

One of the more-creative things James noted was the group petitioned the Centers for Medicare & Medicaid Services (CMS) to allow it to convert an ambulatory surgery center (ASC) to a hospital outpatient department (HOPD) in case the health system in the area was overrun. “At the time we applied, we thought that there was a higher risk of that,” James said. “We find that [risk] to be lower now, but we wanted to be ready to assist the community if necessary.”

James said the group expects a contraction in the commercial payer population for the foreseeable future, which means actively moving toward partners that have contracted on value-based arrangements. “For the first time in a very long time, we’ve asked all our providers to open back up to Medicare, and we have initiatives to convert that fee-for-service (FFS) over to Medicare Advantage (MA),” James said. Additionally, James said the group is working to maximize capabilities for Medicare FFS, which would be part of the Medicare Shared Savings Program (MSSP) for the group, to “help stave off some of the decreased revenue per patient” they anticipate.

Despite the quick responses, James emphasized that the team focused on reopening clinics to patients begins with one important rule: “Do no harm to our staff.” James said he will keep a close eye on how demand varies among specialties (oncology, for example, has remained quite busy). He expects a pent-up demand for well-child checks in pediatrics later this year, especially as schools return to a more-traditional operation.

Marketing discussions have focused on making sure “to meet the patients where they are,” noting that many may still have apprehension about going to a clinic as areas of the nation reopen. James noted that open-air check-in and other steps will be available in the meantime to help patients who prefer not to take those steps in the normal office setting.

Asked what he wished the group had done differently in the response, James said group leadership did not understand how short the supply of personal protective equipment (PPE) would be, “which really hampered our initial efforts.”

James also said the group found it too challenging to be “really precise” on the number of hours that staff could work and still get benefits, as the information from the state’s labor department on unemployment was not clear.

James said he was proud of efforts that led the Wilmington team to be the first in the area for on-site COVID-19 testing, and that what the staff and providers have achieved has made an impression on him. “We’ve seen a tremendous uptick in engagement in a positive way” regarding physician leadership, James said. Virtual happy hours also have been regularly scheduled, and a staff recognition program was launched to remind staff that Wilmington has survived other big challenges in the past and that “we’ll survive this, too.”

Recognizing the ability to perform under the current circumstances, James also said that the group is rethinking a business office expansion and taking a closer look at square footage needed for any planned growth that is not clinical and revenue-producing, noting that the same level of service may be possible without a larger footprint.

Lloyd noted that the 11 clinic locations and three surgical locations in which her providers serve normally see about 200,000 visits a year, but that “took a very significant hit” when most services were deemed non-essential amid the COVID-19 emergency. That prompted about an 80% drop in volume.

Working between her partners in the local hospital and Duke health system, Lloyd said that the Eye Center group is envisioning a gradual ramp-up beginning in the first week of May after about seven weeks of altered operations.

To take advantage of that downtime, Lloyd noted that the ophthalmology team worked on standardization of practices and cross-training of staff. Though numerous locations closed during the stay-home orders, staff were able to be swapped between the remaining locations as a result of creating pools to redeploy them as needed.

The financial impacts to Lloyd’s team have not been as severe as some other groups, as there have not been furloughs at this point, she said. In addition to being able to make use of central pools of funding to help get through the last few months, Lloyd noted they have not had to tap lines of credit yet or make major changes to provider compensation yet. However, there is a deferred compensation model that typically is paid out later in the year based on collections, and she expects needing to further assess how to manage when providers see much lower payouts.

Lloyd echoed James in pointing out how essential a quick response to issues amid the emergency is, and that the Duke team quickly got non-essential staff off campus early on and effectively identified patients whose access needs were greatest in hopes of avoiding negative clinical impacts as appointments were rescheduled and, in many cases, canceled.

Lloyd also noted that the Duke team also “got ahead of the game” on securing PPE. The next steps she sees as clinics reopen to more patients is ensuring technicians on-site understand that the leadership is looking out for them as they return to campus and the facilities.

“We are trying to do the right things; we don’t have all the answers,” but it’s important to keep moving forward as best they can, Lloyd said. “Accuracy is a constantly moving, hourly target.”

Adding about 20% to 30% in volume through semi-electives as a phased reopening begins will still leave the group down about 40% from normal volume, Lloyd said. But that also represents an opportunity to reconfigure clinic spaces, she added, through removing additional chairs and spreading things out in waiting rooms, as well as limiting visitors.

Lloyd noted that a lot of imaging-only and testing-only visits might be in the cards instead of the entire visit, primarily as a means to shorten the length of time a patient is in the clinic.

Lloyd also pointed that this is a great time to experiment with telehealth for services that can be done remotely. “Patients are very understanding when technology doesn’t work perfectly” at this time, she noted. Though imaging and surgical procedures fall outside this scope, the telehealth portions of care delivery represent an opportunity to connect with and stay in touch with patients until it’s time for them to come in physically for imaging, for example.

When it comes to long-term planning, Lloyd said that two clinic expansions — one planned for later in 2020 and another for 2021 — are still in the works for the growing group, but that the COVID-19 crisis likely will push the timeline out on them to reassess services and needs for them. Those changes might includes adjusting the mix of services at current locations as the group enters newer markets.