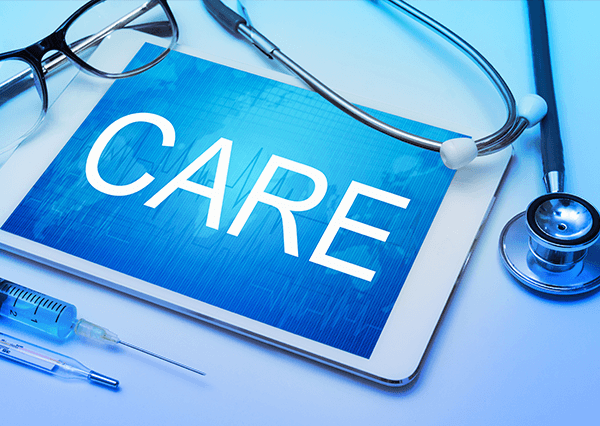 The early effect that the COVID-19 crisis has had on primary care has already been well reported, and the data paints a discouraging picture. For example, a survey released in mid-April by the Medical Group Management Association (MGMA) found that on average, practices were at the time reporting a 55 percent decrease in revenue and 60 percent decrease in patient volume since the beginning of the epidemic. As such, that MGMA report concluded that medical practice leaders were showing an extreme level of concern, with 97 percent already experiencing “a negative financial impact directly or indirectly related to COVID-19.”

Farzad Mostashari, M.D., the co-founder and CEO of Aledade, and former National Coordinator for Health IT, kicked off the webinar by contending that “primary care is special, and that’s why we are here asking for dedicated funds—in particular, ensuring that rural, independent and smaller practices can simply survive this period.”

Mostashari recently co-penned a piece in STAT News with Andy Slavitt, noting that many primary care practices are not getting enough government funding via the hundreds of billions of dollars that lawmakers appropriated for providers in response to the pandemic. They wrote that “Independent practices are rapidly approaching a financial cliff that could be fatal as most of them pay today’s bills with payments for services they delivered within the past 60 days.” As such, they estimated that $15 billion in further funding “could provide a vital lifeline to these practices, helping ensure that the country has the healthcare capacity to safely reopen.”

During the webinar, Mostashari said that primary care practices, in an effort to protect their patients during the pandemic, have been telling them to call their doctors rather than come in, but in a fee-for-service system, “that means financial ruin. We need to find a way to keep those businesses in practice.” He added that it’s not just patients suffering from COVID-19 that need care, but all those with chronic diseases that are going untreated, too. “They cannot access primary care, and it will only be worse if the primary care capacity in the U.S. is further diminished. We already face a shortage,” he attested.

Shawn Morris, the CEO of Privia Health, further highlighted data from the Commonwealth Fund emphasizing the challenges that primary care practices have endured due to the crisis. For instance, he pointed out that the number of ambulatory practice visits declined nearly 60 percent by early April. Since that time, a rebound has occurred with practices reopening, but the number of visits is still about one-third lower than the volume occurring before the pandemic, Morris noted.

Several primary care practice leaders described their experiences and challenges they’ve faced in caring for patients during the pandemic. Over the past several weeks, these primary care issues continue to be highlighted; in a virtual Capitol Hill briefing last month, patients of one family medicine doctor launched Go Fund Me campaigns to try to keep their physician practice’s doors open.

During this webinar, Monica Manocha, M.D., a pediatrician working at Savanah Pediatrics in Pooler, Ga., recounted that the entire workflow for her small pediatric group was forced to shift when the epidemic began. “We moved to [doing] check-ins in the car, closed our waiting rooms, limited our wellness checks that needed immunizations to the [following] morning, while seeing sick patients in the afternoon, and we even saw people in the parking lot. We decreased staffing by quite a bit, decreased hours, and put physician salaries on hold since we had to pay our other bills,” she explained.  Manocha also noted that early on, getting PPE was a challenge, too, as it has been for many others. “There was a shortage for a long time. We improvised and had to go to the paint store to get jump suits, masks, and goggles.”

While the pediatric facility has been able to convert some visits to virtual, she explains that “you can’t do check-ups on little kids virtually, and look in their ears, but we did use [telehealth] more for mental health issues, and we have seen a rise in anxiety and depression with stay-at-home orders and isolation.” Another challenge for her practice, she said, was that they are limiting visits to one child and his or parent inside the office at a time. “That is [tough] for parents who have more than one child. What do you with the other children? You have to find child care so you can bring the other child to the doctor.” Overall, Manocha said that at its lowest point, the practice was down about 60 percent in terms of visit volume, and while things are better now, it’s still down about 40 percent since the start of the pandemic.

In Virginia, Tim Muir, M.D. is an internal medicine physician at PMA Health, a multispecialty medical practice with over 20 providers in three offices in Falls Church and Arlington. In those communities, PMA Health provides care for more than 30,000 patients, so even as the crisis began, practice leaders realized they had to do everything they could to stay open to take care of those populations, Muir recalled. “We went from having 1 percent of [visits] being virtual to 95 percent in 48 hours. And now we’re 70 percent in-person and 30 percent virtual,” he said.

Muir noted that if patients are symptomatic, the practice’s physicians could see them while they stay in their cars, as well as virtually. From an employee standpoint, he acknowledged he did have to tell two staff members to stay at home since they were at high-risk for developing serious medical complications if they were to contact the virus. Overall, said Muir, the complexity and cost of seeing patients via “the new normal” have been significant. “You [need] more equipment, you need to space everyone out, and appointments often take longer. There are numerous layers of added difficulty, concern, and stress.”

For many elderly patients who belong to Acacia Family Medical Group in Salinas, Calif., transitioning their visits to telehealth could be challenging, but the practice is nonetheless converting 85 percent of its visits to virtual, said Sumana Reddy, M.D., a family medicine doctor. In a sense, Reddy said, the physicians at the practice have become IT support for their patients, but they know that right now it’s the only option. “We don’t see an immediate light at the end of the tunnel, so this is our choice, and until we have a guarantee that an 85-year-old patient can come into practice and not be put in danger, we’ll [continue] this way,” she attested.

For those patients who are coming into the office, it’s one patient per hour per site, which leads to a “logistical juggle in terms of turning over exam rooms, PPE, and with asymptomatic patients, of course, Reddy contended. “That’s a greater challenge—we have to assume every person who comes in is COVID-positive. That rearranging is making it so hard to get back to previous efficiencies, even with providing great care. I don’t know how we will get back to 10 percent [efficiency] at this rate,” she admitted.

While the primary care leaders who presented on the webinar were able to get some of the government dollars set aside for healthcare providers, a few mentioned that primary care often gets pushed to the “back of the bus” when getting their slice of the relief funding pie. A late April report from AMGA revealed that two-thirds of integrated health systems say their initial share of payments from the Coronavirus Aid, Relief, and Economic Security (CARES) Act will replace less than one week of revenue lost.

Muir noted that his organization was able to receive a PPE loan, which was quite helpful. “We have been able to keep our staff insured, and hopefully we can catch up to paying ourselves, which may or may not happen,” he acknowledged. One key concern he has for the future is that this period is actually “the easy part, since you either have COVID or you’re healthy.” But then in the winter, he added, “you have three strains of flu, a half dozen cold viruses, as well as COVID. So a patient might come in with a cough and a fever, and his or her life will obviously be impacted differently depending on if it’s COVID or a cold. That question will be asked 50 to 100 times a day [this winter],” Muir predicted.

Savanah Pediatrics’ Manocha reported that her facility received funding a little less than two weeks ago, designed to cover salaries for office staff, their health insurance, and retirement issues. But for pediatrics, “our margins are very thin,” she admitted. “I am very concerned about the business side of medicine. Losing primary care physicians to insufficient funds will lead to significant healthcare challenges, and that’s scary.”