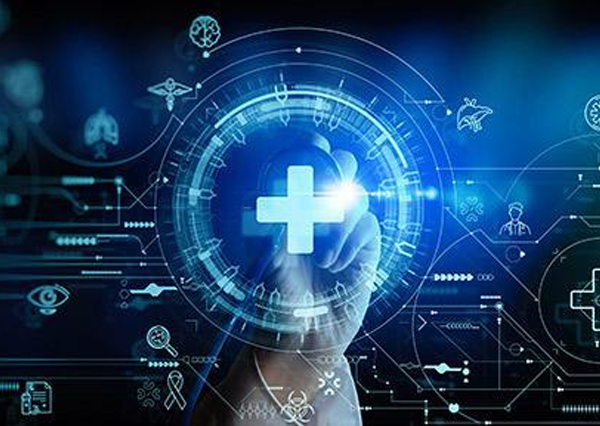 It’s not just doctors’ offices in New York, the epicenter of the coronavirus epidemic in the U.S., that are experiencing financial hardship. Some 51% of primary-care providers are uncertain about their financial future over the next four weeks, and 42% have either laid off or furloughed staff, according to a survey of 2,700 practices across the U.S. by the nonprofit Primary Care Collaborative and Larry A. Green Center. In addition, 13% predict closure within the next month.

Dr. Conrad L. Flick said the independent clinic where he practices medicine in Raleigh, North Carolina, saw a sudden 70% drop in patient volume from one week to another in late March as people grew fearful of going to the doctor and sheltered in place. His clinic, Family Medical Associates of Raleigh, is a small practice with five physicians and five nurse  practitioners on staff.

“We’re a small business and our profit margin is 3% or 4%,” Flick said. “It does not take a lot of business sense to know when the volume of patients is down 70%, you’re in trouble.“

Even with fewer patients, Family Medical Associates had to rapidly adapt to protect its staff and the people who were still coming in. They converted part of the building that had been used as a weight loss clinic into a dedicated area for examining patients who were displaying Covid-19 symptoms. The clinic also installed plexiglass screens in the check-in and check-out areas.

But as demand for testing soared, the practice decided it was safer to see potential coronavirus patients in their cars in the parking lot. The staff’s personal protective equipment — N95 masks and gowns, in particular — started to run low. And in a matter of days, the practice’s inventory of nasal swab tests from LabCorp was on the verge of running out. They decided to reserve what was left to test staff members in case they show symptoms.

A handful of Flick’s patients have tested positive for the coronavirus, and two were so sick they had to stay in the hospital for several days for monitoring, he said. Fortunately, they did not need to be placed on ventilators. The practice is now referring most patients with symptoms to larger testing centers affiliated with hospitals.

In difficult financial straits, Family Medical Associates has sought to compensate for the drop in office visits by rapidly transitioning to telemedicine, but patient volume is still down overall by more than 25%. Flick and two physicians who own the practice took 45% pay cuts while the practice’s other two doctors took 25% pay cuts. The mortgage has been delayed three months, and the practice came close to laying off a significant number of staff until it got a small business loan through the second round of the Paycheck Protection Program.

Flick said the loan would only buy Family Medical Associates about six weeks of solvency if patient volume drops to its worst low of the crisis again. Many physicians are concerned about a second coronavirus outbreak in the fall or winter, renewed stay-at-home orders and further financial pressure.

Unlike Guillen’s practice in the Bronx, Flick has more Medicare patients and received about $31,000 from the federal government’s relief fund. That, too, is helping his practice ride out the crisis as they search for ways to adapt to an uncertain post-pandemic reality. For now, the practice is tracking how patient volume and revenue are shifting.

“We are likely going to have to dramatically change our business model,” Flick said, “because I don’t think number of patients we used to see will come through our doors soon.”

‘Telehealth is not going to be enough’

As the pandemic transforms primary care, there’s concern that future public health crises are looming. Many patients with chronic illnesses are sheltering in place, and treating them through telemedicine can be difficult, particularly when they are suffering from several conditions, said Dr. Robert Phillips of the American Board of Family Medicine.

“Those folks are going to come out of hiding sick and needing help, and telehealth is not going to be enough,” Phillips said, “and if their practice is gone, we’re going to see a lot more people die — not of Covid but of the effects of this.”

It’s not only hard to treat patients with chronic illnesses through telemedicine, but from a revenue perspective, it traditionally doesn’t pay as much as office visits. Medicare has agreed to cover telemedicine generally at the same level as office visits for the duration of the national emergency, but it’s unclear if those changes will become permanent. Commercial insurers and state-based Medicaid have a range of different policies on the issue.

Patients with chronic conditions that can’t be addressed through telemedicine are often forgoing treatment because they fear catching the virus while visiting their health-care provider. Phillips recently urged an 82-year-old patient with a severe thyroid problem to go to the hospital, but the patient refused. “They’re terrified,” he said.

Phillips practices medicine at a clinic in northern Virginia that’s part of a group called Fairfax Family Practice Centers, which has 12 primary-care offices and 500 employees. The pandemic drove patient volume down 50%, which resulted in a 60% drop in revenue. In response, the group furloughed 50 people and reduced hours for most other staff by up to 50% while maintaining their benefits. Physicians have taken 40% pay cuts and nurse practitioners have taken 20% pay cuts.

Fairfax Family Practice Centers received about $600,000 from the federal government’s relief fund. Crystal Mayers, senior practice administrator, said the money is “extremely helpful” but it’s still only enough to cover one round of payroll for staff at each practice. The Fairfax group is now entering its 10th week of furloughs and pay cuts.

Vaccines also cannot be administered through telemedicine, and there’s growing concern about outbreaks of infectious diseases other than the coronavirus. In hard-hit New York City, the number of vaccines administered to children has dropped 63% compared with a year ago. The Centers for Disease Control and Prevention has warned of possible measles outbreaks after finding that vaccination coverage decreased 70% in Michigan compared with last year.

“Primary care in general is in a really precarious state, and I’m concerned a lot of practices aren’t going to make it to the other side,” said Dr. Christoph Diasio, vice president of the North Carolina Pediatric Society. “I’m worried what that means for children because the bulk of vaccines for children happens in independent practices.”

Diasio’s practice, an hour south of Raleigh, cut staff hours after patient volume dropped more than 50%. He said applying for a Paycheck Protection loan was chaotic, but the office ultimately got funded. Diasio’s practice did not receive money from the federal relief fund because, as a pediatrician, he doesn’t see Medicare patients. A third of primary care providers reported receiving a PPP loan while a fifth received support from the federal relief fund, according to the recent survey from the Larry A. Green Center.

Guillen, the doctor in the Bronx, expressed frustration with telemedicine. Not everyone has access to the best technology, and he says it’s more time consuming to take notes as a patient describes symptoms over the phone than examining them face to face. Isolated and anxious patients often just want to share their feelings about what’s happening with the pandemic rather than talk about the main reason they’re on the phone with the doctor, Guillen said.

“The most important thing that physicians will be doing is mental health post-Covid,” he said.

There are growing calls for direct federal intervention that prioritizes primary care, as doctors’ offices are forced to make tough choices to make ends meet financially in the midst of the worst public health crisis in a century.

The American College of Physicians, which represents internal medicine doctors in the U.S., is calling for the Trump administration and Congress to provide dedicated financial support to struggling primary-care practices, similar to the $10 billion set aside for rural hospitals by the Department of Health and Human Services.

Phillips estimates it would cost less than $30 billion to shore up the entire primary-care system in the U.S. through the end of the year. His research will soon be published in the peer-reviewed journal Health Affairs. The price tag would be lower if the government takes a targeted approach that helps practices in rural areas or underserved communities, he said.

“It’s a lot of money, but in terms of the total recovery packages it’s relatively small,” Phillips said.

The consequences of failing to provide direct assistance could prove costlier in the long run. Rebecca Etz, a health policy expert and co-director of the Larry A. Green Center, warns that “primary care really could collapse” as the pandemic puts pressure on a system that was already suffering from decades of under-investment. Flick, the doctor in Raleigh, hopes the crisis will give Americans a new appreciation for their family physician.

“My hope is that this pandemic will show America what the problem is with their health-care system — that they need to reinvest in primary care because they need independent primary care as the first line of defense,” Flick said.

Guillen, for his part, plans to reopen his practice in the Bronx on Thursday using CDC guidelines, but there are a lot of unknowns. He is concerned about running out of personal protective equipment, which is expensive, and he’s not sure whether he can get tests in his office or not. The finances, in many respects, are the least of his worries — for now.

“If I can make enough money just to keep it open that’s fine with me because I’m a doctor from the heart,” he said.