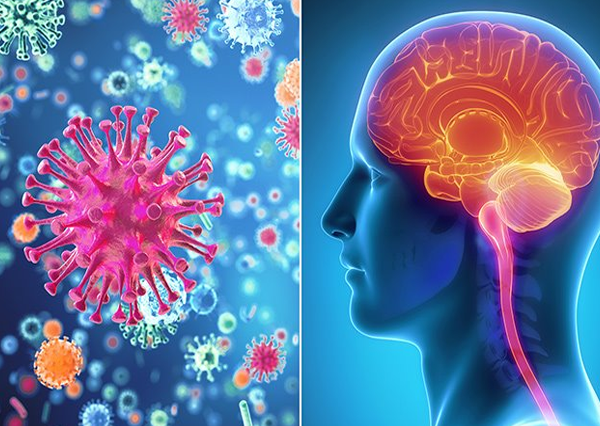 A striking clinical feature of illness from SARS-CoV-2 is a marked increase in thrombotic and microvascular complications, or COVID-19–associated coagulopathy (CAC).

A new study suggests endothelial cell injury plays a major role in the pathogenesis of CAC, and blood levels of soluble thrombomodulin correlate with mortality.

George Goshua, MD, of Yale University, New Haven, Conn., presented this study as a late-breaking abstract at the virtual annual congress of the European Hematology Association.

Dr. Goshua cited past research showing CAC to be highly prevalent among hospitalized patients. Venous thromboembolism was found in 17% to 69% of patients, despite thromboprophylaxis.[1,2,3,4] Arterial thrombosis has been seen in 3.6% to 4.0% of patients,[1,2,3] and autopsy findings have shown microvascular thrombosis in as many as 87% of patients.[5,6,7]

The investigators measured markers of endothelial cell injury and platelet activation, plasminogen activation inhibitor 1 (PAI-1), and coagulation factors in stable and critically ill patients hospitalized with COVID-19. In addition, the team sought to identify biomarkers of mortality in hospitalized patients.

Dr. Goshua and colleagues studied 68 adults hospitalized for suspected COVID-19 – 48 in the ICU and 20 outside the ICU. Patients in the ICU received mechanical ventilation, while the non-ICU patients required supplemental oxygen (≤3 L/min per nasal cannula).

There were more men than women (69% vs. 31%) in the ICU population but not in the non-ICU population (40% vs. 60%). There were no statistically significant differences in age or comorbid conditions between the ICU and non-ICU patients.

Consistent with augmentation of the coagulation cascade – and as expected – D-dimer and thrombin-antithrombin levels were high in both the ICU and non-ICU populations, but levels were significantly higher (P < .001) among the ICU patients.

Endogenous anticoagulants (antithrombin and proteins C and S) and fibrinolytic enzymes (alpha 2-antiplasmin) were preserved, verifying that CAC is distinct from disseminated intravascular coagulation. Classic fibrinolysis did not occur, as PAI-1 was high in ICU and non-ICU patients, and lysis-30 was normal in nearly all ICU patients (96%).

Von Willebrand factor antigen and activity levels and factor VIII levels were markedly elevated in non-ICU and ICU patients, but they were significantly higher (P < .001) in the ICU cohort. This supports the hypothesis that endothelial cell damage and platelet activation play major roles in CAC.

Similarly, soluble P-selectin, which is shed from endothelial cells and platelets, was dramatically elevated in ICU patients in comparison with controls and non-ICU patients (P < .001 for both comparisons).

Laboratory perturbations were detected in both ICU and non-ICU patients, and otherwise healthy outpatients have exhibited potentially life-threatening CAC, according to Dr. Goshua.

These findings suggest the prothrombotic state occurs early in the pathogenesis of SARS-CoV-2 infection, is driven by platelet activation and endotheliopathy, and becomes more pronounced with worsening severity of infection.

The results of this study prompted a change in how Yale–New Haven Hospital manages COVID-19 patients. Patients without a clinical contraindication now receive aspirin at 81 mg daily in addition to the anticoagulation regimen typically used for all hospitalized COVID-19 patients.

Investigations regarding other medications that can influence platelet-endothelial cell interactions and modulate endothelial cell damage in CAC – such as dipyridamole, defibrotide, and eculizumab – are planned.

Virchow’s triad was described by the eminent German physician, Rudolf Virchow, MD, in the 19th century. It refers to the three broad categories of factors that can predispose patients to thrombosis — circulatory stasis, hypercoagulability, and endothelial injury.

Although all of these elements could be operative in CAC, the current study suggests platelet activation and endothelial cell injury in CAC may be of primary importance.

Because of the limited ability to test critically ill patients and concerns regarding exposure of additional hospital personnel to COVID-19 patients, the current report lacked clarity about the relationship of the detected laboratory abnormalities to confirmed thrombotic events.

It is unknown whether endothelial cells in different organs are damaged uniformly. It is also unclear if the laboratory abnormalities identified in this analysis can be used to monitor response to therapy, to guide follow-up management of discharged patients with CAC, or to identify infected outpatients who should receive prophylactic anticoagulation.

The mechanism by which SARS-CoV-2 injures endothelial cells is not explained by these data. Neutrophil defensins and other prothrombotic peptides or markers of inflammation could play key roles in pathogenesis, assessment of disease severity, or monitoring for therapeutic efficacy.

Today, we have more sophisticated diagnostic tools than Dr. Virchow had. We also have the ability to record and rapidly disseminate information globally. Still, with regard to the COVID-19 pandemic, clinicians face many of the same challenges that confronted Dr. Virchow in his era.

The analysis conducted by Dr. Goshua and colleagues goes a long way toward elucidating some of the mechanisms and therapeutic targets to meet these challenges.

Dr. Lyss was a community-based medical oncologist and clinical researcher for more than 35 years before his recent retirement. His clinical and research interests were focused on breast and lung cancers as well as expanding clinical trial access to medically underserved populations. He is based in St. Louis. He has no conflicts of interest.