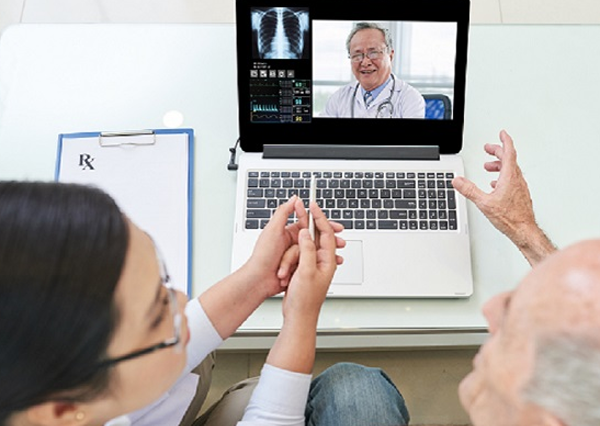 President Trump’s top Medicare official said Tuesday that expanded access to telemedicine should continue after the coronavirus pandemic recedes and that officials are examining ways to act without waiting for legislation from Congress.

“I can’t imagine going back,” said Seema Verma, administrator of the Centers for Medicare and Medicaid Services, told STAT during a live virtual event. “People recognize the value of this, so it seems like it would not be a good thing to force our beneficiaries to go back to in-person visits.”

The comments were Verma’s most forcible remarks to date on the need to preserve access to telemedicine following the outbreak. During the past three months, virtual visits have increased more than 40-fold in some parts of the country.

However, in a possible headwind for telemedicine, Verma said the government must evaluate whether it should continue paying the same for virtual visits as for in-person care. Equalizing payment during the pandem

ic was one of the driving forces behind the telemedicine expansion.

“Right now for the public health emergency we’re maintaining that equilibrium, but going forward that’s something that needs to be looked at,” Verma said. “I don’t see it as a one-to-one. …I think there are some potential savings for the system that do occur by having a telehealth visit.”

But Verma was adamant in an interview that the increase in telemedicine visits has significantly improved access to care. She said weekly telemedicine visits jumped to more than 1 million a week, compared to about 12,000 before coronavirus began to spread in the U.S. in March.

“It’s made a big contribution in saving lives because it didn’t require our Medicare beneficiaries to leave their home,” she said. “It’s been an incredible response.”