FDA allows emergency use of remdesivir drug for coronavirus 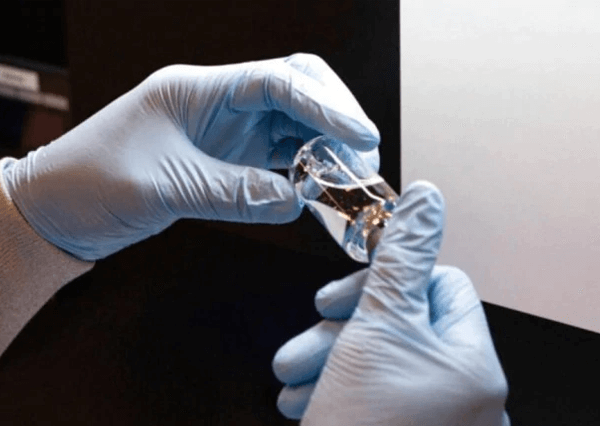 United States regulators allowed emergency use of remdesivir, an experimental drug that appears to help some coronavirus patients recover faster.

US President Donald Trump on Friday announced the news at the White House alongside Food and Drug Administration (FDA) Commissioner Stephen Hahn, who said the drug would be available for patients hospitalised with COVID-19.

Remdesivir is the first drug shown to help fight COVID-19, which has killed more than 230,000 people worldwide.

The FDA acted after preliminary results from a government-sponsored study showed that Gilead Sciences’ remdesivir shortened the time to recovery by 31 percent, or about four days on average, for hospitalised COVID-19 patients.

The study of 1,063 patients is the largest and strictest test of the drug, and included a comparison group that received just usual care so remdesivir’s effects could be rigorously evaluated.

Those given the drug were able to leave the hospital in 11 days on average versus 15 days for the comparison group. The drug also might be reducing deaths, although that is not certain from the partial results revealed so far.

The US National Institutes of Health’s Dr Anthony Fauci said the drug would become a new standard of care for severely ill COVID-19 patients like those in this study. The drug has not been tested on people with milder illness, and currently is given through an IV in a hospital.

The FDA authorised the drug under its emergency powers to speed up the delivery of experimental drugs, tests and other medical products to patients during public health crises.

In normal times, the FDA requires “substantial evidence” of a drug’s safety and effectiveness, usually through one or more large, rigorously controlled patient studies. But during public health emergencies, the agency can waive those standards, simply requiring that an experimental drug’s potential benefits outweigh its risks.

Gilead has said it would donate 1.5 million vials of the drug and is ramping up production.

No drugs are currently approved for treating the coronavirus, and remdesivir will still need formal approval.

The FDA can convert the drug’s status to full approval if Gilead or other researchers provide additional data of remdesivir’s safety and effectiveness.

“This is a very, very early stage so you wouldn’t expect to have any sort of full approval at this point,” said Cathy Burgess, a lawyer specialising in FDA issues. “But obviously they want to get this out to patients as quickly as possible.”

The FDA previously gave emergency use authorisation to a malaria drug, hydroxychloroquine, after Trump repeatedly promoted it as a possible treatment for COVID-19. No large high-quality studies have shown the drug to work for that, however, and it has significant safety concerns.

The FDA warned doctors late last month against prescribing the drug outside of hospital or research settings, due to the risk of sometimes fatal heart side effects.

Two small studies published on Friday added to concerns about the malaria drug.

On a conference call to discuss Gilead’s earnings, meanwhile, the company declined to answer questions about whether it plans to eventually profit from the COVID-19 treatment rather than just donate the medicine.

Wall Street analysts, however, expressed doubts about the treatment’s potential to bring in profits for the antiviral drugmaker.

At least three brokerages downgraded Gilead on Friday after its earnings report.

RBC Capital Markets analyst Brian Abrahams said Gilead’s management remained vague on their plans to recoup the production, distribution and trial costs for the treatment, citing a balance between access and sustainability.

Abrahams said this might disappoint some, and the unpredictability of the pandemic makes modelling its potential impact challenging.