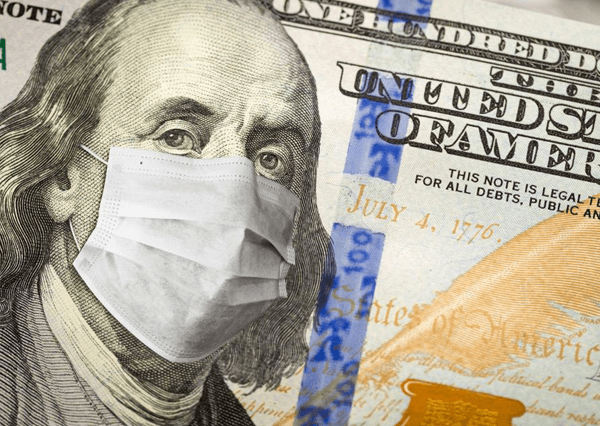 Hazard pay for frontline healthcare workers — an idea that has been championed by President Donald J. Trump and Senate Minority Leader Chuck Schumer, among others — is included in a just-released COVID-19 relief package assembled by Democrats in the House of Representatives.

The $3 trillion HEROES Act requests a reported $200 billion for a Heroes Fund that would award hazard pay to essential workers, including those in the health field, according to a report in the Washington Post.

But it is far from a done deal. “The Democrats’ spending bill is a Pelosi-led pipedream written in private,” said House Republican Leader Kevin McCarthy (CA) in a Fox News interview posted on Facebook.

Senate Majority Leader Mitch McConnell condemned the package. “This is exactly the wrong approach,” he said in a prepared statement that instead laid out a variety of liability protections, which he said should be the first priority.

“We are not going to let healthcare heroes emerge from this crisis facing a tidal wave of medical malpractice lawsuits so that trial lawyers can line their pockets,” said McConnell, adding that his plan would “raise the liability threshold for COVID-related malpractice lawsuits.”

Ingrida Lusis, vice president of government affairs and health policy at the American Nurses Association (ANA), told Medscape Medical News that the ANA had lobbied for hazard pay and was told it would be in the next relief package.

“Though there is an inherent risk in the nursing profession, we think that this is really critical to ensuring that we have a workforce to meet the intense demands of this pandemic,” said Lusis.

“If healthcare workers are not treated and compensated appropriately for what they’re going through right now, then we may not have a next generation that will want to enter the field,” she said.

Various nursing organizations, nurses’ unions, and healthcare unions, such as the American Federation of State, County and Municipal Employees (AFSCME) and the Service Employees International Union, have advocated for hazard pay.

Physicians’ organizations have not been vocal on the issue, however. The American Medical Association (AMA), for instance, pushed for hazard pay for residents but has not made any further public statements. An AMA spokesman told Medscape Medical News the group was monitoring the situation but declined further comment.

Multiple online petitions seeking hazard pay for healthcare workers have been circulated, including one seeking the same $600 bump for essential workers that was given out as part of unemployment benefits in the first COVID-19 relief package. Some 1.2 million had signed the petition as of May 12.

Trump first suggested hazard pay for healthcare workers on an April 30 Fox News broadcast. “These are really brave people,” he said, adding that the administration was considering different ways of boosting pay, primarily through hospitals.

“We are asking the hospitals to do it and to consider something, including bonuses,” said Trump. “If anybody’s entitled to it, they are.”

On April 7, Schumer proposed a “Heroes Fund.” It would give public, private, and tribal frontline employees — including doctors, nurses, first responders, and transit, grocery, and postal workers — a $13 per hour raise up to $25,000 in additional pay through December 31 for workers earning up to $200,000 and $5000 in additional pay for those earning more than $200,000. It would also provide a $15,000 signing bonus to those who agree to take on such a position.

Rep. Matt Cartwright (D-PA) introduced a bill in mid-April, the Coronavirus Frontline Workers Fair Pay Act (HR 6709), that would provide similar pay increases. Healthcare workers would receive an additional $13 per hour. It would be retroactive to January 31, 2020, and would be available through the end of 2020.

Molly Kinder of the Brookings Institution, a self-described nonpartisan Washington, DC, policy institute, estimates that Schumer’s proposal would represent the equivalent of double-time pay for the average low-wage worker, a 50% pay increase for a mail carrier, a 20% boost for a pharmacist, and less than a 15% increase for a surgeon, as determined from median 2018 wages.

Before the House Democrats unveiled their bill, Isabel Soto of the center-right group American Action Forum estimated that a $13 per hour wage increase could cost $398.9 billion just from the end of March to the end of September. A great proportion of that amount ― $264 billion ― would go to some 10 million healthcare workers, Soto calculated.

On April 12, Massachusetts agreed to give about 6500 AFSCME union members who work at state human services facilities and group homes a $5 or a $10 per hour pay increase, depending on duties. It was to stay in effect until at least May 30.

In New York City, the biggest hospital network, Northwell Health, in late April gave 45,000 workers — including nurses, physicians, respiratory therapists, environmental services workers, housekeepers, and people in outpatient and corporate roles — a lump sum bonus payment of up to $2500 and 1 week of paid time off. The money came out of the system’s general fund.

“As an organization, we want to continue to support, motivate and inspire our team members,” said Northwell President and Chief Executive Officer Michael Dowling in a statement at the time.

On April 2, New York–Presbyterian Hospital’s chair of the Department of Surgery, Craig Smith, MD, announced that the facility was “providing a $1250 bonus for everyone who has worked in or supported the COVID-19 front lines, for at least one week.”

Advocate Aurora, with 15 hospitals and 32,000 employees in Wisconsin, said in early April that it was giving increases of $6.25 to $15 an hour at least through the end of May.