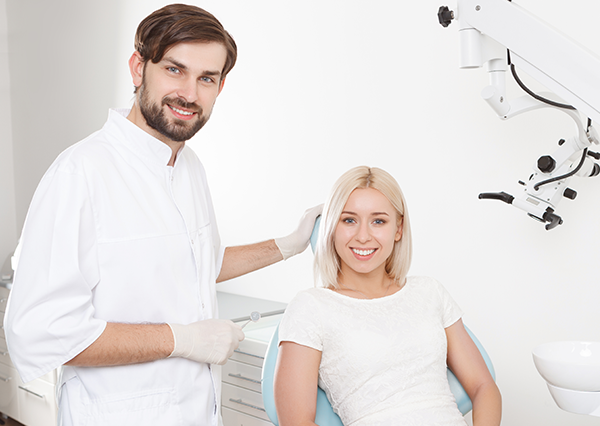 Patient satisfaction is a metric that has garnered the interest of an increasing number of healthcare organizations, and for good reason: The more satisfied a patient is, the more likely he or she is to have experienced a positive outcome, and positive outcomes are good for business in a reimbursement and revenue sense. But there’s one factor that could have an even greater impact on an organization’s bottom line: Patient loyalty.

Hebert, a physical therapist and director of product management at Phoenix, Arizona-based WebPT, said in a recent HIMSS20 digital presentation that patient satisfaction data can be misleading, even if the data was gathered in a robust and systematic way.

That’s partly because of something called the “ceiling effect,” which is essentially a problem in the sampling data. Many patient satisfaction surveys are administered toward the end of care, and because of this, satisfaction scores tend to be through the roof; they’re being submitted, after all, by patients who have reached the end of their care journey and have likely already experienced a positive outcome.

There’s also a problem with environmental bias. In the physical therapy world — the world with which Hebert is the most acquainted — patients are often asked to rate their satisfaction in front of their treating therapist.

“People out of politeness or decency said they were satisfied, when in fact they may have had some issues,” said Hebert. “You end up with a test that’s not very sensitive, and some have a hard time identifying issues as they arise.”

That’s not to say that measuring patient satisfaction doesn’t have any worth. It does, especially in terms of the qualitative data that can be generated. But there’s a fairly high potential for bias, which is never a good place from which to attempt to grow a business.

Patient loyalty is a related but distinct concept. Satisfaction is based largely on expectations, and those expectations can be low. If, for example, a person flies on a particular airline, they may have the expectation to make it to their destination safely and on time. If asked at the end of their journey whether their expectations were met, they’re likely to respond in the affirmative, even if the service only satisfied their most basic expectations and offered little else in the way of a positive experience.

Loyalty, however, is a mark of whether a person is likely to repeat business, and importantly, to recommend a brand or organization to someone else. This is where Net Promoter Scores, or NPS, come into play. NPS data can be obtained by asking a simple question: How likely would you be to recommend a practice to a friend or family member? On a scale of 1 to 10, anyone who answered with a 7 or above would be considered a promoter of the business. Anyone with a 6 or below is a detractor. The difference between an organization’s promoters and detractors is the NPS score, which can range from -100 on the low end to positive 100 on the high end.

“Loyalty is really the key when it comes to patient retention,” Hebert said.

The benefits to measuring NPS are that it’s easy to digitize, and it has a high completion rate since it really only revolves around that one question. It’s a sensitive measurement that can be repeated and replicated during care, and it provides actionable insights, since detractors average five fewer visits than promoters. Turn some of those detractors into promoters and one greatly increases the chances of collecting more revenue from repeat business.

To measure NPS, an organization needs to have the ability to send texts or emails to patients; benchmarks that trigger the sending of those communications, such as number of visits; a competent dashboard; and compliance with HIPAA standards. An automated NPS process and integration into the electronic health record are nice-to-haves, but not strictly necessary for implementation.

Healthcare organizations that make use of NPS scores can use them to manage their online reputations, said Hebert, which can greatly improve a business’ brand. “Online reputation” in this context is where the business lands on local Google rankings and reviews, which is how many healthcare consumers base their decisions on where to seek care.

If an organization has three out of five stars on Google’s rankings but increases that ranking by one full star, that can translate into a 5-to-10% increase in revenue, according to Hebert.

Reviews and online rankings are correlated; the more four- and five-star reviews a business has, the higher they’ll be ranked on Google’s listings. But that’s not the only factor. An organization’s name, address and phone number — or NAP — needs consistency across all platforms, from Google to Facebook to Yelp, in order to rank as highly as possible. Even the difference between “125 Main Street” and “125 Main St.” can have an impact, so organizational leaders should be checking online site listings to ensure that the information is consistent across platforms. That translates to an increase in search traffic, and thus, patients who walk through the business’ doors.

“When we learned about NPS tracking, we quickly realized our current satisfaction survey was not producing the kind of data we needed at Spooner to make needed improvements,” said Babcock. “Those improvements were needed for the patients and for the business.”

Prior to taking the NPS approach, Spooner did what many healthcare businesses did: They administered satisfaction surveys to patients upon discharge. These patients were willing to give high scores because they had completed their care journeys and their expectations had been met, and Spooner saw great results. But something was missing.

“I knew there were potential problems,” said Babcock. “The surveys were just not illuminating. Patients who weren’t coming back after their initial consultation were not being contacted. … We really couldn’t act upon the feedback in an effective manner.”

Babcock and her team implemented tools that built automated workflows around patient communications, and today, patients receive two to three NPS surveys through emails or texts, as well as informational emails, throughout the course of their care.

“Rolling out NPS email was quick and easy,” Babcock said. “We put in a process for responding to feedback and that process has really evolved over time. It’s given us the opportunity to illustrate the value of NPS scores for our team. … We could define what we wanted the patient experience to be at Spooner. It helped us set clear expectations as a team.”

Now, the practice speaks with every patient who qualifies as a detractor, and a therapist can address the patient response immediately through conversation. Through these conversations, Babcock surmised that detractors often have misalignments in their expectations — expectations that can be reset by sending NPS communications two weeks after their initial consultation.

Patient engagement has ramped up and NPS scores have improved from 79 to 90. The practice’s financial health has been improved as well. Spooner saw an almost 12x return on investment, added $306,000 in revenue and realized $234,000 in potential retention revenue.

“It really raised the bar on patient experience,” said Babcock. “If you want to change something, start by measuring it.”