How Will Medicine Look in the Future? 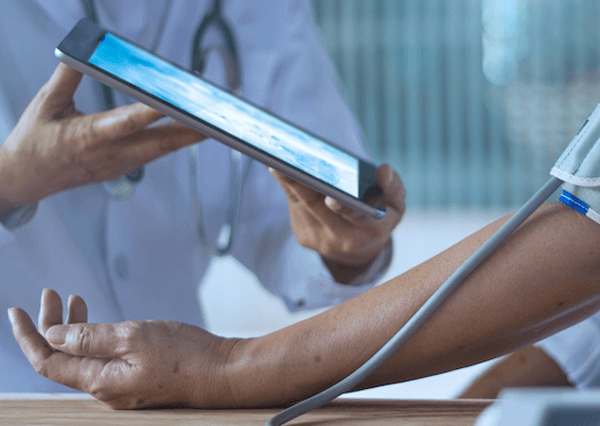 Medicine looks nothing like it did 50 years ago. What might it look like 50 years from now? Predicting the future is an inexact science at best. Just ask your local weather forecaster. However, there are some clear trends emerging that give us insights as to what the career of tomorrow’s physician, as well as the practice of medicine itself, will look like.

Fifty years ago, medicine looked a bit monochrome. Chiefly, it was very white, and very male. Today, less so, especially in the latter regard, and slightly less so in the former.

Among medical students, the most recent data show that females outnumber males, indicating that medicine is trending toward female dominance. As of 2019, the Association of American Medical Colleges (AAMC) said the majority of medical students are female. In 2017, females comprised the majority of first-year students. According to the AAMC, percentages rose from 46.9% in 2015 to 50.5% in 2019, the most recent year for which data are available.

Progress is also being made on the racial diversity front, but it is not keeping pace with gender. A 2019 JAMA study showed that while minority representation in medical schools has increased, figures do not reflect the U.S. population as a whole.

Fifty years ago, one of the major advantages doctors and aspiring doctors had was the affordability of undergraduate and graduate education. Since the 1970s, the cost of both has skyrocketed while physician wages have largely kept pace with inflation. That means, from a pure dollars-and-cents perspective, it makes less sense to be a physician today. This is problematic, given the national physician shortage.

Various loan forgiveness and income-driven repayment plans have made the cost of becoming a doctor easier to stomach, but the real physician education game-changer appears to be free tuition. Perhaps the NYU and Cornell move to free tuition/debt elimination will trigger more medical schools to follow suit. Regardless, with the best-and-brightest turning to other careers that offer comparable or better compensation at a lower education cost, we may be on the verge of a medical school tuition correction, or bubble burst.

Medicine is overdue for the big data revolution. Big data is already an integral component to the retail (think Amazon) and marketing industries, to name 2. The potential of big data in medicine is clear: improved patient outcomes, reduced cost, and improved understanding of population health trends.

Unfortunately, the integration of data gathering in medicine has been flawed at best, with physicians essentially becoming stenographers. Studies show that physicians are already overburdened by all of that patient-data gathering. We’re going to have to find a better, more efficient way.

This year, a study published in the Annals of Internal Medicine found that the average IM physician spent 16 minutes per patient encounter on EHRs. This study included EHR use data from 100 million patient encounters, generated by 155,0000 physicians from 417 health systems.

A 2017 Annals of Family Medicine study found that among a group of 142 FM physicians, doctors spent on average nearly 6 of their 11-hour days working on EHRs. Record keeping took up 4.5 hours while on the job and 1.4 hours after clinical hours.

More emphasis on physician well being

COVID-19 has (hopefully) taught us some important lessons. One of the most salient ones is the fragility of the U.S. healthcare system and the risk exposure of American physicians. We’re only in the (First? Second? Who really knows?) quarter of this thing, but one of the early lessons that emerged was that our PPE supply line is severely flawed. It’s likely that in the years ahead, physicians may have to get used to donning and doffing far more than they had previously.

But COVID-19 highlights more than just a PPE challenge. It’s showing us the nuance of a much more complex problem surrounding physician well being. In the years ahead, we’ll have a better understanding of the pandemic’s psychological damage to HCPs. Physician burnout was a problem prior to COVID-19’s arrival. Did the virus exacerbate it?

The physician shortage is also a driver of physician burnout. Fewer physicians means those working must work harder. We can remedy the problem by addressing the high tuition cost, or by relying on NPs and PAs to fill the gap, or some combination of both. All of this is to say that this a complex, interlocking problem that will require widespread reform to remedy.

Sometimes, it takes a crisis to prompt reform. Hopefully, the years ahead will be more kind to physicians.