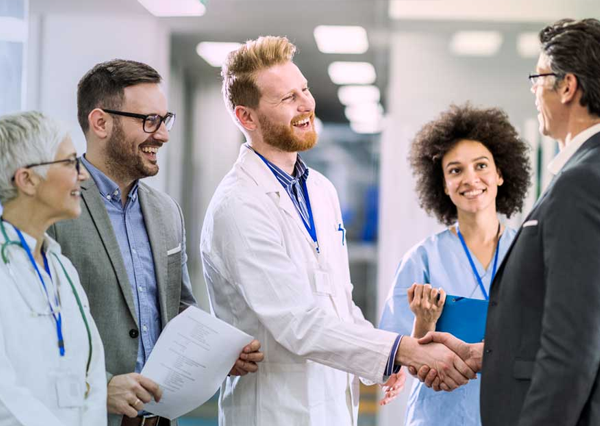 As the physician shortage gets worse, experts say the health care system needs millennial physicians to shore up the workforce. At the same time, as millennials are seeking changes to the day-to-day operations of the system, they’re driving a much larger conversation about what health care should look like.

Ted Epperly, M.D., president and CEO of Family Medicine Residency of Idaho in Boise, sees the millennial generation of physicians as a way to refill the ranks but warns that all physicians aren’t equal. It will take more than one millennial to fill the hole left by a retiring baby boomer doctor, he says.

“The data on this is that for every retiring boomer physician, it’ll take about 1.7 millennial replacements,” Epperly says. “And the reason isn’t that they’re not as capable. It’s that they’re not willing to put in the 80-hour workweeks.”

Andrew Hajde, CMPE, assistant director of association content at Medical Group Management Association in Englewood, Colorado, says the health care system is reaching a point where millennial physicians are becoming the only ones left to pick up the slack of retiring boomers and Generation Xers before Generation Z comes of age. “I think you have to learn to work and integrate (millennials) into your system,” he says.

Millennial physicians are simply different from the generations of doctors who have preceded them, and that can pose challenges for physicians seeking to fold them into their practices as doctors. These challenges include different attitudes toward work-life balance, technology and mentoring.

While some pundits may decry millennials’ love of avocado toast and their shunning of certain  industries, Epperly says he believes they are bright and creative physicians who aren’t afraid to put in the labor, though their philosophy is diametrically opposed to his own generation’s views on work. “They want to do (the work) quickly, efficiently and effectively, but then they want to hand it over to the next capable and accountable person so they can then get to” the rest of their lives, he said.

Natasha Bhuyan, M.D., is a family physician and regional medical director with One Medical in Phoenix and is a millennial. In her role with One Medical, she speaks to many millennial physicians, and what sticks out to her about the cohort is their desire to be fulfilled by practicing medicine.

Unlike previous generations, though, millennials don’t base success on hours spent in the office or number of patients seen, Bhuyan says. “They’re measuring success based on fulfillment of purpose, based on developing meaningful relationships with patients and having time to connect with patients, improve their behaviors and see health results and outcomes change,” she says.

The millennial physician is less interested in starting their own practice and prefers employment with a physician organization aligned with their values, according to Bhuyan.

Hajde spent years managing group practices. He says this move from starting a practice may be due to the increased emphasis on avoiding burnout. “They see some people, not just physicians, but those with different jobs and careers across the board, struggling with burnout and other things when they try to take on too much at one time,” he says.

Millennial physicians are less interested in being the prototypical “cowboy” doctor, seeking to take care of all a patient’s needs, and more interested in being members of a team in which each member has their role, with the combined goal of offering the patient high-quality care, Bhuyan says.

Experts say millennial physicians are more comfortable with technology than other generations.

Cristy Good, M.P.H., MBA, CPC, CMPE, a senior industry adviser with Medical Group Management Association, says that technology is a key marker in the generational divide in practices. Whereas some older physicians may be reluctant to use newer technology or have resisted technology in general, the millennial is looking for tools that increase communication. She says where older physicians may have stuck with paper charts and were used to discussing things in staff meetings, the millennial physician was using an EHR in medical school and believes communication among colleagues can be handled in quick emails and text messages.

With many millennials not having experienced a world without the widescale integration of the internet, Epperly says the younger physician is extremely tech savvy and isn’t even going to look at working at a practice where the technology isn’t current.

Bhuyan says that while millennial physicians are indeed looking for better technology integration, they aren’t seeking technology just for the sake of it; they’re looking for technology that allows them to practice at the top of their license without getting burned out. “We want technology that enables us to have a career that’s professionally rewarding and takes out all those inefficiencies and administrative burdens in the system that tend to drive that burnout,” she says.

Hajde says that millennial physicians must be cautious, as too much communication technology can turn patients off because of the lack of personal contact with their physician. “I think that as newer physicians come into the field using technology, we have to be really careful to kind of maintain that relationship with the patient,” he says. “They need to look at them when they’re seeing the patient and not stare at the computer screen.”

Epperly says the key things millennial physicians are in need of are feedback and mentoring, which are different from the needs of Gen Xers. “They see the value of picking a senior person’s brain to help them be more efficient and more effective.”

Bhuyan says that millennials have also changed the forms that feedback and mentoring can take. The model is no longer just a senior physician transferring everything they know to the junior physician. “I like to think of mentorship more like coaching: How do we coach physicians to reach the top of their potential and beyond? How do we push people beyond what they think is their best?” she says.

Bhuyan adds that millennial physicians should have a hand in guiding their own development and mentoring, and practice managers should be willing to place them into higher roles within the practice.