Revenue Drying Up for Clinics Shuttered by COVID-19 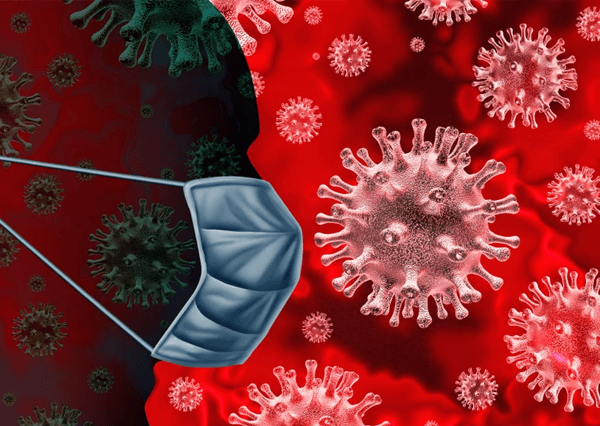 When Todd J. Maltese, DO, shut down his neurology clinic in March, he estimated revenue generated through telemedicine appointments would be enough to last him 3 months.

“The income coming in from telemedicine would not have been enough,” Maltese told MedPage Today. “The only way I survived was with the loans and grants.”

Maltese, who co-runs a neurology and sleep medicine clinic on Long Island in New York, reopened his practice May 18 and is currently running at about 50% capacity. While his practice transitioned to telemedicine rather smoothly, he primarily sees headache patients, many of whom require injections that, along with other procedures, account for the majority of the clinic’s revenue.

He estimated his revenue was down 75% to 85% during the 2 months his office was closed, when he was seeing patients through telemedicine only. Had he not received relief funds through Medicare advances and the Paycheck Protection Program (PPP), it would not have been sustainable, he said.

But providers who did not obtain funds through the PPP or whose main source of revenue comes from elective procedures in a fee-for-service model risk shuttering their doors for good as emergency measures taken to reduce the spread of the coronavirus pandemic seep into summer.

“We survived these months and are reopen now, but a lot of practices maybe didn’t make it or are struggling,” Maltese said.

Nationally, ambulatory visits started to rebound in April after a nearly 60% decline, but they are still about 30% lower than they were pre-pandemic, according to a Commonwealth Fund analysis of data from Phreesia, a scheduling service provider. Consistent with trends in recent months, surgical and procedure-heavy specialties such as orthopedics and ophthalmology, as well as pediatrics, are continuing to decline, while behavioral health and certain other fields have begun to improve, according to the report.

“Even with the recent rebound and boost to telemedicine payments, practices faced with large revenue losses will struggle to continue delivering care,” noted Eric Schneider, MD, of the Commonwealth Fund. “Many will have no choice but to cut back on staff and operations just when services are most needed.”

In April alone, more than 1.4 million healthcare workers lost their jobs, with dentists, doctors, chiropractors, and other employees at outpatient offices accounting for nearly 80% of losses, according to the Bureau of Labor Statistics. In a national survey of more than 700 physician assistants, 22.1% reported being furloughed and 3.7% were laid off permanently due to COVID-19.

Many practice owners, like Maltese, cut their own pay to avoid laying off staff.

At Maltese’s clinic, headache patients who had been without their injections for 2 months filled his schedule the first week they reopened, but patient volume was down to about 70% the following week, and declined to about half throughout the rest of May.

In a Kaiser Family Foundation Tracking Poll published May 27, 48% of adults said they or someone in their household had postponed or skipped medical care due to the coronavirus outbreak, and 11% said their condition had worsened as a result of delaying or cancelling care.

These trends are not only observed in specialties that deliver routine or preventive care. In a survey of cancer patients published May 14 by the American Cancer Society Cancer Action Network, 79% reported delaying active treatment and 17% said they had put off treatments such as chemotherapy or radiation.

“Cancer doesn’t stop for COVID-19,” said Ted Okon, executive director of Community Oncology Alliance, which includes 950 community cancer clinics and is based in Washington, D.C. “You have to get those patients treated.”

Okon’s network has been able to maintain care throughout the pandemic for the majority of patients, implementing telemedicine when possible and spacing out inpatient visits, Okon said. However, he is concerned that delays in mammograms, colonoscopies, and other screenings will result in a surge of new patients in the coming months.

“You’re going to have more patients over time coming in undiagnosed who may be sicker, with more advanced disease because they have put off the diagnostic procedure that would have gotten them in sooner,” Okon told MedPage Today.

In pediatrics, immunizations have plunged since stay-at-home measures were enacted across states in mid-March, an indication that parents are delaying well-child visits.

In primary care, many physicians struggled to maintain adequate personal protective equipment in the initial months of the pandemic, and decreased patient visits were compounded by staff falling ill, said Gary LeRoy, MD, president of the American Academy of Family Physicians.

“That got progressively worse over the course of the crisis because you had these mandatory reductions in our wellness and chronic visits in addition to staffing shortages and cash flow issues,” LeRoy told MedPage Today. “The biggest challenge for primary care is the fiscal challenge of staying afloat.”

In the primary care survey, just 38% of practices received PPP funding and 12% reported receiving another Small Business Administration loan as of May 22.

The distribution of Coronavirus Aid, Relief, and Economic Security (CARES) Act funds disproportionately favored physicians who primarily care for Medicare patients, according to a letter to Health and Human Services Secretary Alex Azar from professional organizations representing ob/gyns, pediatricians, and family practice physicians, which complained their members were being left behind.

“The situation facing frontline physicians is dire,” the letter said. “[We] are facing dramatic financial challenges leading to substantial layoffs and even practice closures.”

“We don’t have the fiscal support that is needed to continue beyond this reopening,” LeRoy said. “The ripple effects of this will go on into the third and fourth quarters. We still need to bring back employees that have been furloughed [and pay] the overhead and bills that were deferred.”

Looming over the current economic hardships is the threat of a second wave of infection that would put many clinics right back where they started.

“We are going to be okay going forward, assuming there isn’t another wave,” Maltese said. “That’s going to shut us down again. That’s the wild card everyone is worried about.”