Rivals Should Collaborate Not Compete to Fight COVID-19 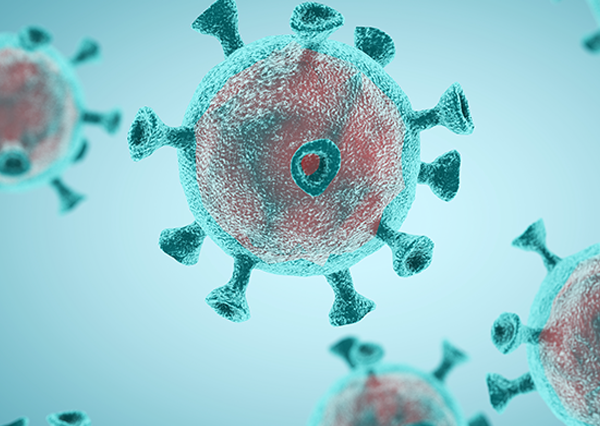 “I’m old enough to remember that the idea of printing an airline boarding pass at home was a novel and scary idea,” said Mayo Clinic Chief Information Officer and HIMSS Board Chair Cris Ross in a Google Cloud platform webinar earlier this month.

Now, consumers have grown accustomed to leveraging technology for travel. In the same way, said panelists, members of the healthcare industry should be willing to develop and use tools to continue fighting the COVID-19 pandemic – and to prepare for any future crises.

IT leaders pointed out the speed with which available tools had been ramped up, often in innovative ways, in response to floods of coronavirus patients.

Ross noted, for example, the ways in which technology had been leveraged to share data around clinical trials, to integrate acute care settings with long-term settings and to identify characteristics of the disease, including where it was affecting patients.

He referenced the use of tablet-type devices in patients’ rooms – not just to interact with care teams and preserve personal protective equipment, but to communicate with loved ones who must avoid contracting the virus.

As a country, “we’ve been a little shaky on a national network” to track personal protective equipment, he said.

Still, “across the board, the things that we have all been working really hard on for the last 20 years – but especially the last 10 years – I think have been battle tested and have been proven to be pretty valuable,” he said.

We’re only beginning now to grapple with how this virus has impacted different people in different communities.” Daniel Barchi, New York-Presbyterian Hospital CIO

One of those valuable tools, said NewYork–Presbyterian Hospital CIO Daniel Barchi, is telemedicine. As community transmission concerns kept non-urgent patients at home, he said, the use of virtual care there skyrocketed. At the time of the panel, he said, about 65% of all physician-practice visits were via telemedicine platforms, versus 5% two months prior.

Analytics, too, was instrumental in predicting “the coming tide,” he said, as well as predicting the decline in patient rates.

Though technology has undoubtedly been helpful, he reminded attendees, “it’s the people who are actually fighting the disease”: physicians and nurses, as well as IT teams, who surged to create additional ICU capacity.

Going forward, said leaders, continued necessary innovation will depend on collaboration – even between unlikely bedfellows.

“We need contact tracing, and that means leveraging the work of many companies,” said Dr. John Halamka, a longtime CIO who now serves as president of the Mayo Clinic Platform.

“As you expand testing capacity,” he said, “that takes a team and multiple technologies and novel interfaces.

“I’ve been on calls all day today with fierce competitors that have put aside all their differences to ensure we can have the analytic data we need to get to cures and vaccines,” he added. “It’s taken a village, and it’s amazing how folks have come together.”

“It’s taken a village, and it’s amazing how folks have come together.”

To prepare for future crises – whether or not they are COVID-19-related – leaders touted the importance of information sharing while maintaining data security.

“I am hopeful that this event will help people understand the power of data to drive cures and will help to create trust between multiple organizations that are committed to making a difference,” Ross said.

As a nation, said Barchi, “we’re only beginning now to grapple with how this virus has impacted different people in different communities.” People of color, for example, have been disproportionately affected by the coronavirus, at sometimes staggering rates.

“The ability to layer in social determinants of health as we do our research and tie it to our EMR data … is very, very important,” said Barchi. “Having data in an integrated way is more important than ever.”

“I am hopeful that this event will help people understand the power of data to drive cures.”

Halamka pointed out that even “de-identified” data that has been stripped of information like names and ages could be used to identify patients – for example, he quipped, if a patient was described as a “Massachusetts senator.”

Health systems and lawmakers should also develop lasting infrastructure – whether technological or regulatory – in order to allow for future nimbleness, said panelists.

“We need the agility to spin up and spin down various services and to deal with very scalable platforms and applications that don’t take months to implement,” said Halamka.

“So as the next event occurs – whether it’s flood, fire or pestilence … we can respond to it with lower cost, more agility and less human fatigue than we have in the past,” Halamka continued. “It’s here to stay.”

Ultimately, though, the architects of any system must remember the users who will rely on it: clinicians and patients.

“While we want to layer on more and more technology, just making that connection – be it in person, be it by phone, be it telemedicine – is, at the end of the day, the most fundamental thing we can do,” said Barchi.

“This is a human endeavor,” said Halamka. “We need to meet our customers at their level of technological understanding and literacy.”

“My mother, who’s almost 80 – when I tell her she can download her FHIR API-enabled lifetime medical record and curate her data and share it, she of course says, ‘What?'” said Halamka.

“Each of us will have different technology preferences and experiences. Let’s just build this new future recognizing that diversity,” he said.