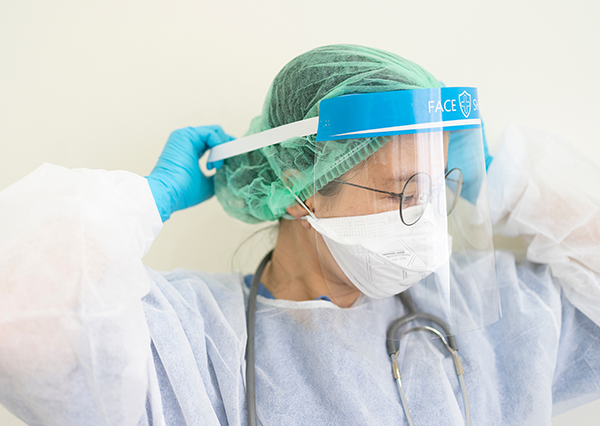 The COVID-19 pandemic is changing the U.S. economy in general and the healthcare system specifically, especially when it comes to consumer behavior. An examination of consumer sentiment before and during the pandemic conducted by PricewaterhouseCoopers’ Health Research Institute details the extent to which this is true, and finds that people are accessing health information in new ways. And consumer trust has shifted.

The delivery of care may look different after the worst of the pandemic has passed, HRI found. One of the biggest and most visible changes is in the area of telehealth. New telehealth users include generally healthy people looking for a quick sick-care visit, and, critically, people with more complex medical conditions who need to manage their health.

American consumers are also taking a more active role in the health system, such as participating in clinical trials or sharing their data to help discover new treatments or ways of delivering care.

The results signal that businesses could play an even bigger role in protecting the health of their workers, that the health system likely will make more room for telehealth and other forms of virtual care, and that the American consumer may take a more active role in managing health and participating in a system that is essentially being remade.

Consumers are concerned about the impact of the pandemic on their health and wallets, and are behaving accordingly. Thirty-two percent of survey respondents told HRI they had already made, or were planning, adjustments to their spending on healthcare visits as a result of COVID-19.

Of these consumers, 78% said they would skip at least one visit, such as a well visit, maintenance visit for a chronic illness, elective procedure, or recommended lab test or screening, while 30% predicted that their spending on healthcare visits would increase overall.

Fifty-two percent of consumers who regularly take medications reported they were worried about getting their prescriptions when they need them during the pandemic; 17% of those reported experiencing delays. Overall, 22% said they had already made or were planning adjustments to their spending on medications.

Forty-two percent of these consumers said they would spend more because of better adherence, while 22% said they would “stretch” the medication they had by skipping doses. Nine percent said they planned to stop taking their medications altogether to save money. Some consumers indicated that they planned to consider more over-the-counter options, or to “think twice” about asking their doctor for a prescription the next time they get sick.

Meanwhile, 62% of employed consumers told HRI their employers have offered them at least one new benefit to help them cope with the pandemic. Most often they said they were being offered work-from-home options, health advice and expanded sick leave. Consumers working in banking and capital markets, in the pharmaceutical and life sciences sectors, and in telecommunications were most likely to report that new benefits were being offered.

Social determinants of health are also playing out differently. Fifty-three percent of consumers said that before the COVID-19 outbreak, at least one social or environmental factor – such as sleep, affordable housing or childcare – was affecting their ability to adopt a healthy lifestyle. During the pandemic, 61% reported to HRI that they are affected by at least one of these social determinants of health.

The data showed that there are opportunities for health systems to increase patient communication and loyalty. Consumers told HRI they were getting health information from three or four sources on average during the pandemic, and reported getting this information most frequently from local news organizations. Local and national news providers topped the list for all age groups, except consumers aged 18 to 24. This age group was as likely to say they have received health information from social media as from local news outlets.

One of the most high-profile changes to the way people access care has come in the form of telehealth. The remote-video-technology platform has exploded in popularity, bringing about some changes that may be permanent, from the way healthcare is used to the reimbursement policies enacted and enforced by the federal government.

Even providers who previously didn’t offer telehealth services are scrambling to implement the technology in some form, both as a way to maintain patient-care standards and as a means of making up for revenue lost through avenues such as elective surgeries – which are being put on hold as the pandemic plays out.