The long-term impact of the COVID-19 pandemic 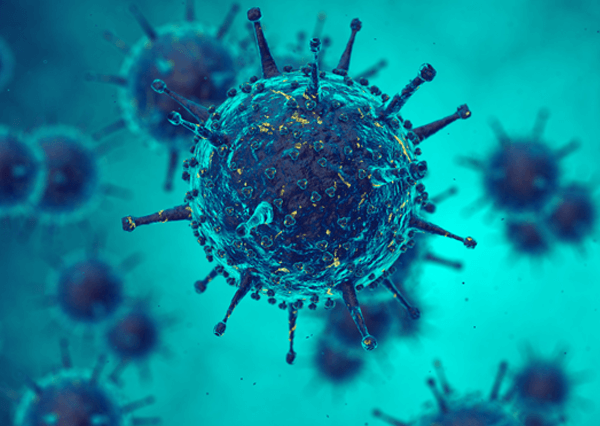 Public health officials and physicians are focusing their energies now on stopping the spread of COVID-19 and treating patients who are ill with the disease.

But what will be the long term impacts of this pandemic on our health care system? And what does it tell us about the state of public health in the us today and going forward?

Medical Economics® recently sat down via Zoom with Richard Roberts, M.D., J.D., Professor Emeritus of public health, Family Health at the University of Wisconsin School of Medicine. Roberts has long made a study and been interested in the intersections between public health primary care and health care policy.

The following transcript has been edited for length and clarity.

Medical Economics®: How do you think our health care system is going to look different after COVID-19? What will the impact of the pandemic be?

Roberts: My hope is that we’ll have learned some of the lessons of history, and be in a position to better plan for the next disaster. And the World Health Organization, by the way, estimates that there are about 500 incidents a year around the world that qualify as disaster. So this is not going to go away, this phenomenon of something catastrophic. But that will learn from these lessons and these months or years, and begin to undergo some fundamental restructuring of how our system’s organized, funded and where we put our priorities.

ME: What kind of changes you think we need
to make?

Roberts: Well, if you compare the United States system to many others around the world, there’s much about the U.S. system that I’m very proud of. We have great advances in technology and taking care of very extreme problems. But the reality for us, compared to most of the rest of the world, is that we don’t do as good a job around prevention, early detection and keeping small problems small. And that really is the role, ultimately, of public health and primary care.

I hope — I don’t know that I expect it — but I hope that we’ll learn that that’s important. In fact, if I may, if you look back at just recent examples: Hurricane Katrina, and the health fallout for that is still going on. Up to one in six of the people that went through evacuation from Hurricane Katrina still have Post Traumatic Stress Disorder. If you look at the folks in New York City near the World Trade Center, they have a higher incidence of both physical and mental health problems than one would have expected.

And so let’s take a very short term view of this pandemic. How many ventilators do we need today? That’s important when you’ve got people needing ventilators today, but then when things have quieted down, will we say: ‘We’re all done with that one’ and not learn from it. I think would be a terrible mistake.

ME: How do you expect the delivery of health care, particularly primary care, to change?
Roberts: I think some of it will be good, and I think some of it will not be so good. I’ve watched and talked with many colleagues around the country and around the world about other post- disaster situations. And one of the things that a crisis like this does is it forces you to think more creatively.

I’ve been very impressed with many of the creative solutions that people, both in primary care and in secondary or tertiary care, have been coming up with. You know, if I got one ventilator and four people that need it, is there a way I can attach all four at once to the ventilator? Those are creative solutions, not necessarily desirable solutions, but that may be the best you ‘ve got. And I think we’re seeing the same things in primary care.

For instance, in my area what’s happened is that there are a number of primary care clinics, and what our systems have done here is they say, ‘OK, we’re going to stream people that have COVID-19 type symptoms to just one urgent care center.’ And then people that do not have those kind of symptoms we will send to a different urgent care center so there’s not exposure, and then condense down several primary care clinics into one so that even for the more usual problems — diabetes, high blood pressure, that sort of thing — people are able to have access. So that to me is a creative response, trying to figure out what you can do to minimize exposures.

Unfortunately, as care gets ever more fragmented, it gets harder to do this. But being able to connect with the intensivist taking care of your patient, at least by phone or video chat, to really let this person know in short order. Your sense of who this patient is that they’re taking care of, and how they’ve responded to the crisis and how their families have responded to crisis. When you’re the doctor on the firing line, trying to decide whether you innovate or not, it can be terribly helpful to have a patient’s primary care physician communicate with you.

The things that I see that are not so good, potentially, is that while one of our creative responses has been to use telemedicine much more than we did — and I think a lot of that can be quite good— my worry is that people will swing the pendulum too far the other way and forget the patients actually need to be listened to.

Most telemedicine consults are pretty brief. Nobody likes to sit on the phone or computer terribly long. So the telemedicine consults tend to be more brief. You can’t touch their arm to reassure them that everything’s going to be okay. There’s so many things that we do that are really non-verbal, that I don’t want that to be lost.

So, even though we may be using telemedicine to move information back and forth more readily than we used to, which is good, we still have to be mindful that this is about taking care of human beings and not checklists of symptoms that we are dealing with virtually.

ME: Some policy experts have said that the response to the COVID-19 pandemic has revealed some very basic flaws in our public health system. Do you agree?

Roberts: I would agree with it. The flaws really relate to an inadequate infrastructure. It’s not just infrastructure on health care services, it’s actually some of the inadequacies in terms of our society in general. Poor people do worse, they’re more likely to get the disease. People that are living paycheck to paycheck, , the person that’s having to show up at a grocery store. It becomes obvious that poor people always suffer at the hands of disasters like this. They’re not able to shelter themselves as readily and things like that.

If you look at the major epidemics from plague to smallpox, they always create change in society. And one of the things that happens, unfortunately, is we tend to blame and stigmatize.

So it’s this group of people that’s causing this problem. We need to begin thinking more seriously and comprehensively that health outcomes have a lot to do with what we now call the social determinants of health: your poverty level, your educational level, where you live, the zip code you’re in. hese are all things that are key determinants of how healthy or not you are. And for the people that are a little more money oriented, what you have to help them understand is that unhealthy folks don’t show up for work. People need to have access to essential health care.

So it drives a lot of policy discussions around universal coverage. It drives a lot of discussions around basic economic justice principles, which is what much of the presidential debate among the Democratic candidates certainly centered around. My hope is that we’ll have learned some of the lessons from the past and move in a better direction so that we don’t take these things for granted, that people be able to make their own way and somehow they’ll all muddle through, when in reality you’ve got hundreds of thousands or more dying. You got to have a system that people can rely on.

If you think that investing more significantly in primary care and preventive public healthcare is expensive, try not investing. That’s way more expensive. And not just economically, you’re also ignoring the suffering that goes on as well.

So I have no doubt that COVID-19 is going to change the political landscape. I’m not smart enough to know exactly what that’s going to be, and how it will look. But my prediction will be some additional illumination of the income gaps that we have in this country. And I hope that we can take that on as a challenge.

ME: What are some changes you’d like to see the country make going forward when it comes to public helth and care delivery?

Roberts: Let me start at the ground level, because that’s often where all of the action really happens. One of the things that I’ve really been proud of, is everybody in the health care sector — doctors, nurses, custodial staff — have been stepping up, even though they know that they may be on that ventilator later. They’re stepping up in ways that I think are just really powerful.

Now, I hope that in the future, we in primary care will be thinking about our roles more expansively than simply: my workday begins and ends at the door to my office. No, it doesn’t. It reaches out into the community. And we need to begin to communicate that better. There are things that the public health people do that can inform us. And there are things that we can do in the reverse direction.

For example, one of the things that in my practice we did for 30 some years was use a strategy called community oriented primary care, where we actually engage the community and trying to sell health priorities based on what was felt to be a key problem by the community in terms of health issues. And then we would work with the local public health agencies to collect data that they were already collecting.

For the primary care doctor to sit back and say, ‘Well, I kind of know all of this stuff. I know what’s going on out there because I’ve talked to a few of my patients.’ Well, no, you don’t. Because that doesn’t mean that you’ve talked to the rest of your patients, or even more importantly, the people in community that have no health care right now. So much greater bridge building needs to go on between public health and
primary care.